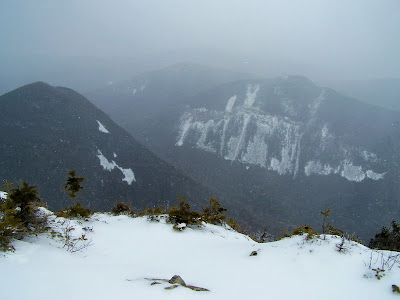 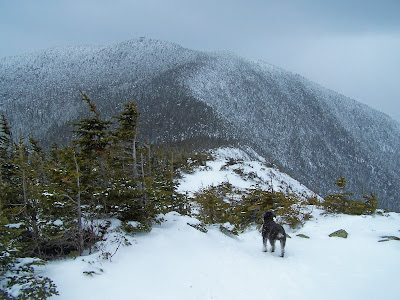 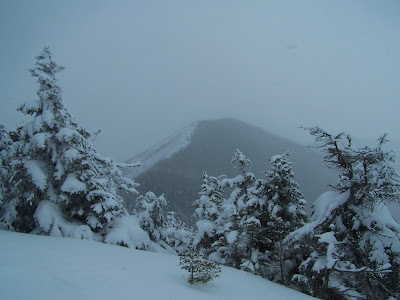 Today we hiked Carrigain. In a trend as of late, it was just myself and Atticus. And while I have gone on record as saying that East Osceola is my least favorite peak for the way it torments me, I'd have to say that Carrigain is a close second. Carrigain is the peak we climbed on the first full day of winter this year. It was a beautiful day and probably the best day of winter so far. Today, as you can tell by the photos looking at the summit and from the summit, it was rather gloomy and dispiriting. The blue skies came out as we reached the flat land. Last year this hike really was tough for me in the winter and I think it took us 11 hours. Today was a different story. We were on the trail at 9:00 am sharp and 14 miles later we were off at 3:40 pm.
at Monday, February 12, 2007

Wow you and Atticus made incredible time on this trail!