Fighting A Cold While Fighting With Words 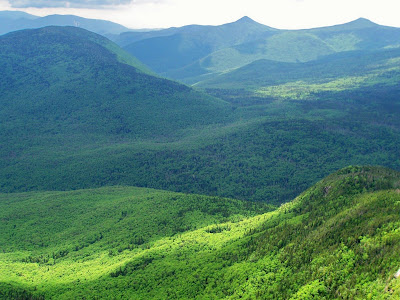 If there are good days to be sick, today is one of them. Yesterday was a pretty good day to be sick, too, with rain showers and a raw feel to the day. But today is better, as far as being worse. It is pouring out and I don’t feel as if I’m missing out on anything in the outside world as I look out at it from my window. Yesterday I made chicken soup, pots of tea and took some cold medicine. Today I woke up feeling a bit better, but the pull is still there in my joints, my nose still clogged, and my sore throat is not quite as sore but not right either.
Yesterday we were supposed to hike Mt. Cube but my cold and the weather put an end to that. Instead I continued working on the summary for each chapter that is to appear in the book. It’s now up to 32 chapters. Each summary is a meaty paragraph describing what is to be in the chapter. In this section alone I am now up to 14 pages single spaced!
That should tell you something about the depth and breadth of this book proposal I‘m working on. In getting ready to put the proposal together, I purposefully put it off because of this section. I wondered, how am I supposed to know what will go into Chapter 14, or Chapter 4 for that matter? But strangely enough it has worked out. I wrote Chapter 1 then moved on from there and I’m surprised but pleased with what the results have been.
One pitfall in writing these summaries is that they all roll into one another and if I do too many at a time they becomes a succession of blurs. How does one write chapter summaries about a chapter they’ve not written and make it sound anything but a dull drone? I found the only way possible is to do maybe two at a time, then take a slight break before coming back and doing two more.
Today will be more of the same. While it rains outside, I’ll be inside, kept company by some Chocolate Tea from Licorice & Sloe, a small snoring dog, and a box of Kleenex. I will write and re-write.
The mountains have been a great inspiration to me since I re-encountered them in middle-aged. I was introduced to them as a child by my father who took us up here often. We stayed in a tent trailer, but before I was born, my father built bunks into the back of a U-Haul trailer and the gang of 10 slept either in the car or in the suffocating trailer. Dad loved these mountains, but as was the case with nearly everything he loved, including writing, I ran far away from them. One goal I had was to be as different form him as possible. While I should have been writing and studying the craft and literature in school I studied sports medicine. It was something he couldn’t lay claim to. But words crept in, nonetheless.
Recently, Beth Maddaus posted something on her blog about her favorite book, To Kill A Mockingbird. She asked what books played the biggest roles in other people’s lives. I shared the following story.

My father was an oppressive man. He could be an ogre, dominant and abusive. However, there were also good qualities about him, too. For one, he loved to read and pushed us towards books. Unfortunately, my father didn’t do anything gently. It turned me off to reading and I refused to read, even when he made us sit in a room with him and read silently to ourselves from whatever book we each held. In my stubbornness I faked reading. I would turn the page every couple of minutes as if I had been soaking it all in but I didn’t read a word.
I’m not sure when, but I had to look up something in his copy of Familiar Quotations by John Bartlett when I was still young enough to be impressionable. When I opened the book and went in search of what I was looking for, words flew at me like dreams in the night and I was stunned and suddenly in love with the written word. In that book I could see what all the great men and women in history had written and/or said and their words and thoughts were intoxicating. But having fallen head over heels for this book and the brilliance it contained, I could not give my father the satisfaction of knowing this. We were at war with each, he and I, as he was with most of his children. And so I would wait for him to go out and I would steal the book off the shelf and plunge into its pages. Here Thoreau and Emerson and Whitman and Plato and Roosevelt and Shakespeare and Tennyson came to life. When he’d return home and pull into the driveway I would dash to put the book back on the shelf above his bedroom doorway and retreat quickly to my room, or turn on the television, so that he would never know, even though I would be punished for watching television. Better to be punished than to admit that I loved something he loved.
After my father’s funeral a month ago, his nine children gathered in his house and were allowed to grab some things. One of my brothers got my father’s car. Another got his television. Many grabbed photographs. I grabbed that old copy of Bartlett’s Familiar Quotations. I have another copy, the most recent one, but there’s just something right about that old one sitting here, side-by-side with Atticus on my desk, both watching me write.

That’s how the mountains were to me. They reminded me of him so I withdrew from them.
Now that I’ve been drawn back here I see them as I used to see them, as he used to see them. For centuries writers, poets and painters saw them the same way, although as of late it doesn’t seem that way. There was a time when Thoreau and Emerson and Hawthorne would be up here writing beautiful words. There was a time when artists flocked here and the White Mountain Artists were famous. But those days are long ago. Sure, Robert Frost was here, but it seems like he was everywhere.
When I write about these mountains I want to write about them in the same way they wrote and painted, with the same passion, the same inspiration. Although their education was better than mine and the minds brilliant, I do have one advantage, as I see it. I’ve seen more of these mountains than they did. I’ve traveled to the four-corners of the 4,000-footers more than once and have been able to see things they didn’t see.
Last night I stumbled upon an article on Salon.com by Steven Hart discussing the friendship between C.S. Lewis and J.R.R. Tolkien. It talked of their shared interests, intellectual exchanges and about their time together. It’s initial focus was of a night-long debate about Christianity which was the trigger than brought Lewis back to the church. (Both The Lion, The Witch and the Wardrobe and The Lord of the Rings were works where Christian-themes coursed through them; although they were well hidden in Tolkien’s work.)
In a discussion about literature between the two men the article has the following:

Lewis is at his most charming and approachable in his stories, and his journey into fiction -- like his return to faith -- was in large part guided by Tolkien. In 1937, on the eve of publication for "The Hobbit," the friends found themselves deploring the state of contemporary writing. "Tollers," Lewis said, "there is too little of that we really like in stories. I am afraid we shall have to try and write some ourselves."

That’s how I feel about these mountains. They deserve to have words written about them that capture their essence…words that soar as some of these peaks do. In writing a trip report about ‘lowly’ Tecumseh a year and a half ago I wrote:

“There is a wonderful term that speaks of the pervading spirit of a special place---genius loci.The Romans believed protective spirits watched over special places. I have no doubt that there is something special that watches over these mountains for I feel the magic when I stop and just let myself be, whether it is on Franconia Ridge to watch the sunrise or under cloudy skies on a ski slope on Mt. Tecumseh. In the Whites the genius loci is rich and tangible.”

In writing about the adventures Atticus and I have shared up here, I often find myself praying that I can do these mountains and our experiences justice with the written word. At times it seems an impossible task for who has words to describe heaven? My main goal is to capture the genius loci of this place.
In writing the chapter summaries it is my job to create a blueprint to show the publisher what will follow when the book is done. But blueprints are dispassionate and I find it difficult to write flatly about such a place that both lifts and inspires me. That’s the challenge I face, even in putting the proposal together.
Today I will work on that: being soulful and thorough at the same time.
I'd better make some more tea.
at Sunday, May 04, 2008