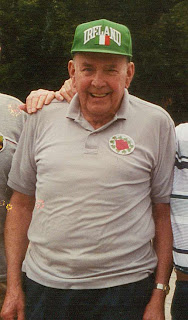 This morning Atticus and I got up before the sun, ate breakfast before dark gave birth to light, left our apartment and drove to Crawford Notch before the sun could even reach for the snooze button. We were on the trail to Mt. Jackson early enough for me to wear my headlamp and for Atticus to disappear beyond its beam of light into the blackness beyond its reach.

My Microspikes cut into the crisp trail and gave me all the traction I needed. There was a time when such a walk would unnerve me but today I welcomed being enveloped in the dark; feeling much like a secret that is well kept.

Once beyond the first jutting climb up out of Crawford Notch my breath caught up with me before falling behind time and again. I continued to stop to wait up for it. In the last two weeks I have lost any semblance of a hiking rhythm. Before the last major band of weather came upon us we had hiked eight of the previous 10 days but that seems like ages ago. We’ve hiked since then in the last two weeks, but nothing other than the three Northern Presidentials in a day. I could tell I had no rhythm this morning, my breathing and my stride were off, I stopped more often and when I moved I moved to quickly; no rhythm.

In winter, under deep snow, the trail (any trail) can be almost unrecognizable compared to the way it looks in the fairer months. Before dawn breaks it looks even more so. But it is easy to follow in the snow, at least this one is since it is well broken out and my headlamp showed the way.

Somewhere along the way a gray morning broke and slowly and lazily drifted through the trees, first dark ones then the iced ones. In some ways night was more tolerable. At least in the darkness the light from the headlamp cuts through the unknown and is definitive. In the gray morning it looked like we were walking into mourning. The higher we climbed the icier the trees became; somber beasts looking down upon us eyeing us with suspicion.

I envy Atticus, he is beyond the moods brought on by the type and time of day it is, and he appeared to be just as happily bouncing along the trail as he would be if it were a bright sunny morning.

Just below the summit, where the climb becomes steep once again, we stopped and I took off my backpack, gave Atticus some treats, shoved some more in my bib, took off my Microspikes and replaced them with crampons. I then put on my heavier jacket, put on my hat and my gloves and left my pack behind as we started the last climb of the day.

I don’t enjoy crampons and have not missed using them much through all the deep snow for the past few months, but they were a comfort today on the steep and icy pitch to the summit.

We had come to hike Jackson yesterday, not to this point; but we turned around under a stunning blue sky, under the brilliant sun. Outside it was a perfect day for hiking; inside…inside I turned back, tired, weak, empty. I made for the car, then retreated to my bed.

It’s ironic that we climbed more eagerly this morning, through the darkness, then the gray morning, then into the thick descending clouds. There were no views to be had, even as we emerged from the trees and clambered up the steep ice, Atticus dropping his center of gravity, digging in with his nails, me relying on the teeth of my crampons.

Atticus first made for the sign and sat as he usually does, then when he didn’t see me take out my camera he made for the summit cairn. How otherworldly to lurch about on high in the blindness of a cloud, in still and comfortable air. At the cairn he nudged my leg so I offered him a treat but he didn’t want it and nudged me again. This meant he wanted me to pick him up and so I did and together we looked off into the gray abyss towards where Washington would normally be.

We stood there for a while, in the middle of a cloud, looking into a cloud. We have the same view my father now has. Last week one of my sisters walked into the house and found him laying face down on the carpet, furniture strewn about; the signs of a fall. Heart attack. The ambulance brought him to the hospital. He was in Intensive Care then moved to Pulmonary Care and last weekend was moved to a nursing home. He will not be returning home. Atticus and I stayed visited him on Monday.

When we walked into the room it was difficult to recognize him, this once strong man, a giant sometimes benign, more often than not angry, had a leg and arm flung over the side rail of his bed. He was confused, tormented; he looked to me with terror and pleading and recognized the face but didn’t know where he knew me from. His voice was fragile and filled with fear, “Get me out of here.”

Atticus and I spent five hours with him on Monday. For all but maybe 30 minutes he didn’t know who I was. It seems like my brothers and sisters have been aware this day’s been coming for a long time. He gave up trying a couple of years ago, stopped taking his medication, stopped eating right, kept smoking and yet he lived on rather independently.

He never allowed us in, kept us at arms distance as we were growing up and into adulthood. To see a man who built a wall around himself to keep people out, to keep himself in, one who had always been larger than life to his children like this is daunting. Life had not been kind to him so instead of admitting to all the pain and loneliness he kept it in and passed it on, it was the only way he knew.

And yet with all the pain, all the sadness, he also passed on the parts of him too, the part that was a dreamer. He let his dreams die, let them be suffocated by others, I think. In return he did his best to do the same to ours. I try to tell myself he did this to keep us from feeling the same pain he did for no one is as hopeless as a man robbed of his dreams.

Jack Ryan never learned that a father is never a failure so long as his children continue on, even if it is but with one or two lessons or traits once carried by the father. So when he looks out at into the belly of a cloud, the same kind I saw this morning, the same kind he sees around him now we see two different things he sees nothing. For him the world is closing in on him, it’s empty, cold, a dead end. For me…well, I like to think differently. I like to think that clouds, no matter how dense, how seemingly immovable, are all the more reason for faith.

Unlike the great writer and good friend of J.R.R. Tolkien, C.S. Lewis, I’m not a Christian, but I do agree with something he wrote: “Has this world been so kind to you that you should leave with regret? There are better things ahead than any we leave behind.”

A decade ago, when he was facing heart surgery, my father and I talked about death. He believes that death is merely the end. I told him that while I couldn’t say what is out there beyond the known, I’d like to think that something more waits. I’d like to believe that the cloud will eventually lift and show us more.

Nothing quite defines us as loss does. It takes huge chunks from us and it is up to us to be fill in those holes and grow strong where we were weak. We cannot control what has happened to us but can decide what we will do in response. I firmly believe this.

I’d like to think I’m doing some service to my father, to the son he helped create and mostly raised on his own, to continue to move forward, to believe that life has soul to it, even though we differ on this point.

There is much I don’t know, but I do know that these mountains are mystical in the power that is found here. It’s healing and so much more. They bring us closer to death, and hence bring us closer to life. They are fierce and wild but life affirming at the same time.

Looking off into the gray mist with tears rolling down my cheeks I feel Atticus licking my face. A smile is born out of the sadness. Love is near, even in the darkness.

If only…if only there was some way to bring this mountaintop home to a man who is at the doorstep and ready to step through, some way to ease his pain, bring him to the mountains, and give him something to hold onto.

Atticus and I eventually left the summit behind and made our way down, trying my best to bring the mountaintop home with me to ease my own pain and to have something to hold onto. In thinking of all this, I find myself counting this as our 59th peak of the winter, far below what I had hoped for when it all started. And yet while the numbers may not be here, the experiences are.

Man of the Hour (Pearl Jam)

And the road
The old man paved
The broken seams along the way
The rusted signs, left just for me
He was guiding me, love, his own way
Now the man of the hour is taking his final bow
As the curtain comes down
I feel that this is just goodbye for now.