What Remains Over The Last Month 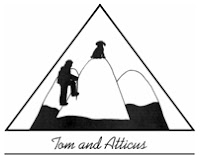 Winter ends at 5:58 am on March 20th. Between now and then we have a long way to go to reach our goal of 96 peaks in the 90 days of winter. As always, so much depends upon weather. We’ve not had the weather with us during the first 60 days of winter; perhaps the law of averages will start to tilt things in our direction for the last 30. But even with good weather it will be a tough goal to reach. As I’ve said from the beginning, it’s improbable but not impossible.

Between now and the end of winter we have 19 hikes left, 18 if we are close and I decide to combine Madison, Adams, and Jefferson with Washington, Monroe, Eisenhower and Pierce for a Presidential Traverse.

I’ve listed the remaining hikes below, ranking them from the hardest to the easiest and the hikes with the more asterisks are the more difficult.