I wasn't expecting the number of emails that came in after the last post. They are split between those who want to make sure both Atticus and I are okay, and those who were getting ready to donate to our fundraising event.

First off, Atticus is doing very well, as am I. As a matter of fact he had a check up at Angell Animal Medical Center on Monday. His first appointment was with Dr. Rebecca Malakoff, a cardiologist. Two years ago, then-Angell cardiologist Gregg Rapoport took a closer look at a heart murmur Dr. Maureen Carroll discovered. It was very minor. Monday's visit was simply a follow up on that.

The second appointment of the day was with Dr. Daniel Biros, an ophthalmologist. It was a simple follow up to the cataract surgery performed two and a half years ago by Dr. Ruth Marrion at Bulger Animal Hospital. Dr. Biros pulled out a few small lashes that were most likely irritating his eyes. If they grow back he'll freeze them out. He also detected that Atti's tear production is about a third to a half of what it should be and this was of some concern but nothing too major. He prescribed some cream for his eyes and I put that in twice a day. Dr. Biros wants to see us back in two months time, but there's no real problem.
Dr. Malakoff and Dr. Biros are the third and fourth doctors at Angell Animal Medical Center to have seen Atticus over the last two and a half years. The other two were Dr. Rapoport and Dr. Maureen Carroll. Our experiences with all four doctors and their vet techs has been superb. These professionals not only know what they are doing, they are clearly passionate about their work and they care about animals. I consider us lucky to have had them working with Atticus. And I consider Angell Animal Medical Center lucky to have them on staff.
As for the second group of people who were responding to my last post: Atticus and I would have loved to have earned your money (from what I've read in the past 12 hours, it's in the thousands) for Angell Animal Medical Center, unfortunately it didn't work out. I'm positive they would still welcome your money even though Atticus and I won't be doing the fundraising. I'm so impressed with the care we get from the medical staff that I even made a sizable donation the other day when we were there - and that was on top of our bill. In this troubled economic times all non-profits struggle and MSPCA Angell is no different.

I'd also like mention Carter Luke, the CEO at MSPCA Angell. We had a lengthy conversation this morning and I continue to be impressed. He seems to be the perfect fit for that organization. He leads with the wisdom of Solomon and his love of animals is first and foremost. As a matter of fact, whenever we communicate one of the first things he asks is "How's Atticus?"

I'd like to say one last thing about Maureen Carroll, Gregg Rapoport (who is now down 'between the hedges' at the University of Georgia), Rebecca Malakoff, Daniel Biros and Carter Luke: they understand one very important thing - it's all about the animals. That sits well with Atticus. And you probably already know that you can do what you want to me, but so long as you treat my little friend well, you're okay. That makes the CEO and medical staff at MSPCA Angell very special in my eyes.
at Wednesday, December 09, 2009 3 comments: 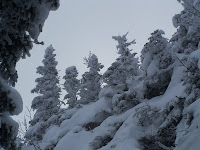 I'll elaborate more in the com- ing days, but for now I'll just say that we'll not be following through with the full winter fundraiser we'd planned for Angell Animal Medical Cen- ter. We'll be honoring the mountains that have already been dedicated by hiking them, but the rest of the peaks will be hiked for our own pleasure.
at Tuesday, December 08, 2009 No comments:

Mount Moriah is Dedicated to Mittens 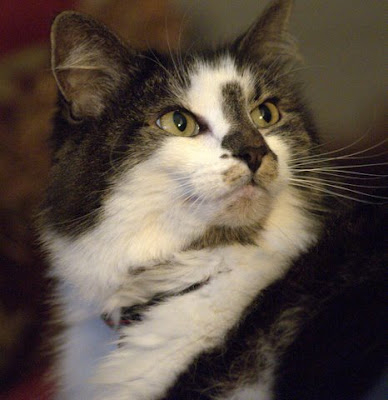 George Woundy is an old Newburyporter who has just left Newburyport. He's dedicated Mount Moriah to Mittens. I'll let George tell you about his friend.

Mittens was born a feral kitten somewhere in New Hampshire. My daughter, Jillian, picked her from a litter at the NHSPCA in Stratham, N.H. because she was "different" from the others. Suddenly I, an avowed "cat hater", was faced with a decision. At the time, Jillian lived with her mother and spent her weekends with me so it would have been easy for me to avoid the kitten, but of course I was asked, "Daddy. May I bring my kitty with me next weekend?” What was I to do? What the heck, it was only for the weekends. I could handle that."

Somewhere along the way that mean ol' cat hater began to miss his daughter and the kitten during the week. She's so darned cute. I couldn't stop myself. Eventually both Jillian and Mittens came to live with me full time and the rest, as they say, is history – at least for me. Mittens has been with us for 8 years and, now that I'm retired, she and I spend a lot of time together. She's a very spoiled, and very loved member of my family now. I think back on that cat hating part of my life now and I can't begin to imagine what the heck was wrong with me.

Another Slideshow Is Up: Lafayette & Lincoln 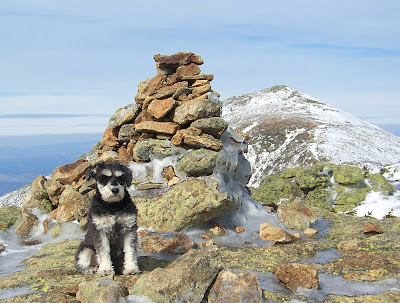 Now that I've logged back onto Phanfare as a member I'll be constructing slide shows of our hikes from now. But first I'm playing a couple of older slide shows past hikes. This one, of an autumn hike along the Lafayette & Lincoln loop on Franconia Ridge, can be found by clicking here. Make sure you turn up the volume!
at Wednesday, December 02, 2009 1 comment:

Our Phanfare Slideshows Are Returning 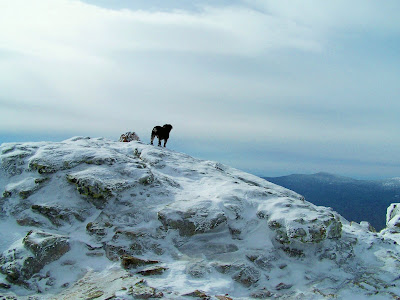 A few years ago we discovered Phanfare, a photo hosting site, that worked well for our needs. I used it for a year or so but never renewed. With our newest Winter Quest coming up I've just signed up for Phanfare again. For the next year you'll get to see our photos from each hike and the slide shows put to music. Over the next few days, I'll post some of our old slideshows. Here's one from Moosilauke two winters ago.
at Tuesday, December 01, 2009 No comments: