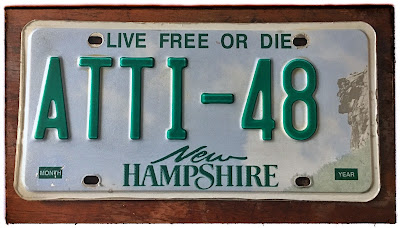 And yes, I understand a 2017 black on black VW convertible will stand out in a region known for “hiking vehicles,” but at least it won’t be quite the advertisement our old vanity plates were. But as I write this I cannot help but think of it as another page being turned. A page from a very extraordinary story in my life.
at Wednesday, December 28, 2016 23 comments: