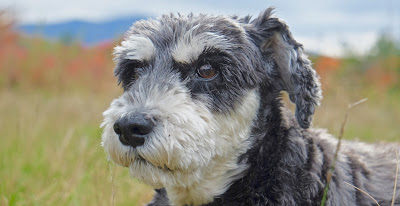 Our Following Atticus Facebook page will turn five years old in January. It started out at a slow crawl, and as a suggestion of our publisher the year our book was published. A few hundred became a few thousand. By the time Will appeared, sixteen months later, there were six thousand followers.

The page continued at that slow pace until Atticus was diagnosed with cancer fourteen months later. By then there were twelve thousand followers. But writing about cancer, the amputation, and the chemotherapy brought about a huge boon.
Today we’re just shy of 240,000.

I’m not sure how that happened exactly, especially to a fellow with mixed feelings about Facebook. I’ll admit that I only have my personal page so that I can have the professional Following Atticus Book page, and I limit my number of “friends” to about fifteen. I do follow about twenty “business” or “official” pages, mostly having to do with nature, veganism, poetry, and theology. I don’t often comment on those pages, but I read them regularly. It’s what I like best about social media – the idea of finding something you enjoy, and following along.

I have my moderators to thank for keeping the page a positive place to visit. Without them, none of it would be possible. I have very few rules I ask them to enforce. Otherwise, I trust them to take care of the page the way they want and typically all goes smoothly.

I author most of the posts, but if one of the moderators does, I request they attach their name to it. Also, I tell them not to debate or argue with people. It’s not worth it, not that it happens all too often. It’s not what our page is about. I treat it mostly as a journal and forget it is a business page most of the time.

Lastly, I ask them to see that Atticus and Will are treated the way I’ve always treated them – as individuals and by the Golden Rule. “It’s simple,” I tell them, “if something posts something about Atticus or Will you wouldn’t want posted about you, delete it.”

We avoid breed talk since I think all dogs unique, just as I see all animals as and people the same way.

I like that they’ve also picked up on the notion that Will, when he was with us, and Atticus now, both are older than most of us who write or read about them. Therefore, they treat them as I do, as an elder.

On the off chance that a post disappears, and it happens probably once every two weeks, or so, it’s because for some reason it’s gone bad, whether it’s angry comments or a heaping helping of unsolicited advice. I know offering advice is a thing on Facebook, but I always feel awkward about it and try not to offer it to anyone, even in real life, unless they ask me for it.  (If it gets out of hand, like the post about how I had decided on a Winnebago Minnie for a travel trailer and received more than two hundred comments about why I was wrong, well, as I say, life’s too short so it’s better to delete the post and move on. Although it was an incredibly popular post, it turned into a headache, and that’s the last thing social media should be.

Last week, long time follower Pamela Bingham-Hall left a good-natured comment that brought smiles to our faces. It was in response to a few of the moderators having the opportunity to read three chapters of the new manuscript. Pamela wrote of envy in a sweet way, and classified our Facebook followers, including herself, as “the followers, the cheerleaders, the sometimes over-the-line commentators, the totally inappropriate outspoken, the innocent but well-meaning ignorant.”

Running a Facebook page like ours is usually very rewarding, and when it’s not, it can seem like a Mack truck full of crazy bearing down on you. As for the readers being “innocent but well-meaning ignorant,” the same can be said of the author.

One never can be certain how a post will be taken. We try to keep things positive and simple, occasionally, though, a person wants to be angry about something. The old Undertoad part of me knew exactly what to do with those kind of people. The changing, growing, lighter me would rather not get entangled in drama, so we just part ways with the angry or the belittling in hopes they find a site that suits their liking better. I’m grateful it hardly ever has to happen.

Considering how crazy the world can be, and how extra crazy Internet comment sections can be, we’re extremely fortunate to have so many positive and kind people joining us for this trip.

All-in-all, I strive to keep a Facebook page up and running that's as fun to write and administer as it is to read.

Thank you, and, onward, by all means,
Tom