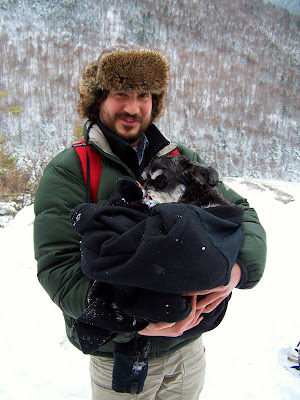 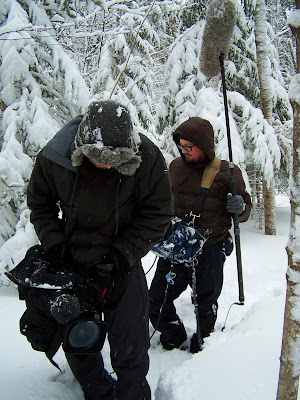 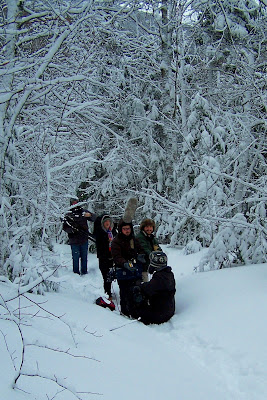 Some photos from yesterday's Animal Planet shoot with the crew from Powderhouse Productions. Top photo is of the producer, Joe Sousa, warming Atticus on top of Elephant Head. Then the cameraman and sound engineer filming Atticus on the trail while they walk backwards. Final shot is of the crew together surrounded by winter at the foot of Mt. Jackson.
at Friday, February 20, 2009