A Tom and Samwise Update 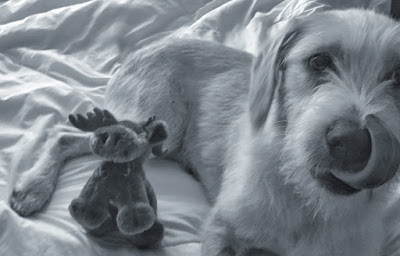 In describing my current state of being to a friend this morning, I suggested that I'm feeling “like a jigsaw puzzle with three missing pieces.” So much has happened in the past eight or nine months. It’s easy to feel that the comings and goings of life are enough to make one dizzy.

My health continues to improve. Each morning I put on my blood pressure cuff and check my levels. Each morning I smile at what I see. I try not to think about the past too much with so much happening in the present, but some days it’s more difficult than others just to skip to the “now.” But still, that is where my life is. I’ve never been a fan of living too much in the past. Instead, I try to take things that inspired me and incorporate them into who I am.

I posted that portion of Mary Oliver’s poem today because this is how I live my life. At a time when so many proclaim absolutes, I prefer the flexibility of mystery. So, you’ll have to excuse me if I’d rather cling to her words:

Let me keep my distance, always, from those
who think they have the answers.
Let me keep company always with those who say
‘Look!’ and laugh in astonishment,
And bow their heads.

One of the pleasures of being with Samwise these days is that I cannot wallow in the past. He demands the present. He demands I pay attention. He is right, of course. He deserves that. So I pay tribute to Atticus by incorporating what I learned with him along the way in trying to help Samwise grow into a healthy soul who fits well in society, and in the wilderness.

When I think of my late friend, sometimes I sigh. But mostly I smile and wonder where the years went. When people tell me absolutes about where Atticus is or what he’s thinking or if he appeared in the form of a rainbow or a butterfly or a cardinal, I pretty much ignore them. All I need to know is that he’s alive within me. That is nourishment enough.

When I saw him stop on a walk recently and sit to watch geese in a pond, I smiled at how centered and calm he was. He’s taken to understanding the word “gentle.” Now he’s gentle mostly on his own.

He still likes to chase things, including chipmunks and squirrels, but I see glimpses of his calm even around them. The other morning, a chipmunk was sitting on top of a stonewall. I reminded Samwise to “be gentle, please.” They came within an inch of touching noses before the chipmunk scurried away leaving behind a trail of squeaks.

My friends understand that we are happy staying off on our own. Occasionally we visit, but mostly we walk, I write, he naps, we sit outside, often by Will’s wildflower garden. Although Samwise enjoys chewing on things, he’s very respectful of my possessions and leaves them be. But he has his collection of chew toys he likes. We don’t buy many things, but this morning I had to replace his moose with a new one. The last one served him well. It had stopped making noise long ago, but he still enjoyed playing with it. But in the nearly two months he’s been here, Bullwinkle has become rather tattered.

This morning it was off to Four Your Paws Only. I grabbed a new moose, and he grabbed a chewy to his liking. Now we are home again, I’m back on Facebook again (having appreciated the break), and while I write, he plays.

Life is simple, but always changing in our little patch of earth as we learn from the past and turn it into the present.

"Mysteries, Yes"by Mary Oliver
Truly, we live with mysteries too marvelousto be understood.
How grass can be nourishing in themouths of the lambs.How rivers and stones are foreverin allegiance with gravitywhile we ourselves dream of rising.How two hands touch and the bondswill never be broken.How people come, from delight or thescars of damage,to the comfort of a poem.
Let me keep my distance, always, from thosewho think they have the answers.
Let me keep company always with those who say"Look!" and laugh in astonishment,and bow their heads.
at Wednesday, July 27, 2016

As always, I love your writing. Your thoughts. And your perspectives. Thank you.

Thank you for coming back. You are the calm wind in the center of this countries storm and we really appreciate your presence.

Loved this post, Tom. Samwise sounds like a wonderful pup and we look forward to following your adventures together.

Your words (and Mary's poem) are such good companions on a journey to peace. I sure miss the little giant, but take such joy in your new friend. Thanks for your company.

I hope you enjoyed your much needed break, you are a special soul & your writings are so moving. Glad your back, you were missed.

I am so sorry about Atticus, but Samwise sounds like an awesome companion. And I look forward to updates from you guys. Stay focused and centered and the world will work itself out. Tell Samwise he has a new fan, and give him lots of hugs and take him for a walk for me. Cause I am disabled and can't do it myself I live through you guys adventures. XOXOXOXOXO

❤ Glad you are back. Even with 3 dogs of my own, I think of you Atticus and Will often. Greetings from Florida

It always makes me feel better after reading one of your blogs. Makes me strive to be a better person.

May I add that you both were missed, however I am glad you were able to take a break and step away to do what you needed to do. Glad to hear that Samwise is doing so well in his new environments and that 'gentle' is in his soul alongside his terrier energy. Have a blessed day, both of you.

Ah, Tom I am glad the healing of heart and body continue. I, myself can't bring myself to experience your audiobook since the novel Following Atticus brought me so many smiles and tears. My heart still aches for his loss, so hearing you read your adventures together remain in the future still. Onward by all means, but the heart is still sore a bit .

Well written, and much appreciated. Where did all the years go? I ask that question every day and wonder too. Thank you for using your gift of writing to help us all.

I can never get enough of your stories. I have 7 four legged friends who each have a unique view of life and keep me busy
I thank the creator for them every day.All but one are rescues and enhance my life 7 fold.Onward always.

I have a lot, medically, going on in my neck of the world and it's nice to see your writing again. And thank you for the autographed abs paw graphed Following Atticus book.

Thank you for your sincere blog. Your voice is one of refreshing serene contemplation in the midst of the media circus our country is experiencing this month. I appreciate your comments about Atticus as they express how I feel about my beloved Macduff. He lives within me although as Mary Oliver stated in her poem "Percy Came Back" I cannot hold onto him as I cannot hold on to music." (Sic). I know I did not quote her correctly, but her feelings are so clear. Music is ephemeral, however, the memories of its harmony sustain us. So it is with those we love who are no longer with us.
Also, I will be teaching contemporary American Literature this coming semester and I am including your book and Mary Oliver's brilliant poem you used to end your article in my syllabus.

Everyday is an adventure for Samwise, it is heartwarming to know he has a friend who will help educate him whilst allowing him to just be .
I've recently adopted a 7 year old rescue dog that has the boundless energy of a 2 year old. Life is certainly never dull

Love the update. So lovely to hear that you and your new friend are stepping into the same rhythms and learning from each other. I often sigh, also, when my Sasha's face appears across my screen saver, so recently departed that sometimes it will shock me back into reality, viewing her so full of life and love that sometimes I feel she will jump off the computer screen and into my arms again.... sometimes the sigh is accompanied by a tear or two or many but sometimes my lips turn up and I smile remembering and cherishing all of our 15 years together - we were lucky ones, she and I.

Love your stories and following you. I am currently reading your book, Following Atticus. Almost finished and am so impressed by your little Buddha. Can wait to read all your upcoming adventures with Samwise.

Your writing follows your words to Samwise - be gentle.

Great to see you and Samewise are back!! Hope your writing is going well!!

Beautiful words as always. Be well, my friend.

Why do I love your writings... because it brings me peace and wisdom in a world too often devoid of either.

Thank you for your calming prose. Good to hear from you.

Missed ya ,girls did a good job while you were off

I remember the words of Walt Disney: "Keep moving forward." It is a phrase I try to think of every day. Your writing brings that phrase to mind. Glad to hear all is well with you and Samwise.

Thank you for sharing a small part of your world with us. Your words, a welcome peace to a world of chaos. Bless you Tom and Samwise too.

Thank you for bringing a little of your world.

I love this post. I love reading about your memories and feelings about Atticus. You had a special relationship with him and I cam sense that you will miss him for some time.

I love the part about what you do and think when people tell you where Atticus is now. I'm going to try that approach, which will be more polite than what I do now.

Bonnie, having just started reading Tom's Facebook I was happy to see your note. I too am a florid Ian with a number of sweet, living dogs. Who keep me going thru the many recent problems and tragedies in my life. I think reading Tom's pages will help me a lot