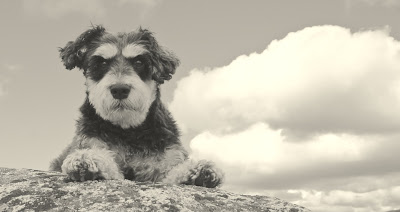 Dear Friend,
All those years. The miles. Thousands of mountains. As I sit writing to you, they all run together, and then like a slide show on shuffle, mountaintops and memories come into focus before yielding to the next one.
It's our favorite time of the year. The sugar maples along the Ellis and Wildcat rivers are beginning to flame red. The wildflowers in the meadows are yellowing, and death becomes hope in the form of seeds. The mountainsides fade and are a lighter shade of green. Occasionally, while Samwise and I walk the paths you and I used to walk, I'll spy a single red maple leaf on the earthen floor. I can't help but stop at each one. I stoop down as to not to disturb it, and then, with some, I feel compelled to pick them up and study them. Not as a scientist would, but as a lover. I take in the lines and the grades of colors, feel the texture of the skin, notice the stem, and when I bring it near, I smell a thousand autumns against my cheek and under my nose. I am touched by the season.
I often think of you and wish the days could have gone on and on. But that's not life, and that is why we cherish it when we can. So while I'm here, and you are there, please know many remember you. Your good deeds for others, your kindness with other animals, your enduring patience with Will, your prowess on the mountains, your summit sitting, and how we were one instead of two.
Tomorrow, many will remember you as we walk in your memory in North Conway during the Atticus M. Finch Memorial Walk for the Animals. It benefits the Conway Area Humane Society. While I've rarely been one to put words in your mouth, I imagine you'd approve. Although you would have hated the actual walk. You see, leashes are required, and I know from the very beginning you hated them. Ironically, that's why we moved to Jackson because you could be leash free here.
When they can catch a glimpse of me, the locals are kind in remembering you. They too have memories of a little dog who did grand things. And still, tourists pour into Jackson from all over the country, and all over the world, wanting to see Atticus's White Mountains.
The doctors continue to be surprised by my recovery. One tells me he is always surprised because he expected me to be in a wheelchair for a very long time. So when I walk into his office and give him a bear hug, he laughs, and sometimes he wipes a tear out of the corner of his eye. Many of them have now read about you and wish they had met you.
Down in Providence earlier this week, many of the booksellers who came to know you on tour stopped by our table to offer their condolences. They proudly told me again and again that you will always grace their bookshelves. That's one of the things that makes me smile the most.
You came into my life, and all I wanted to do was not screw you up. I longed to let you be an individual, not defined by breed or size or species. No stereotypes. I wished to give you a good life. You took it from there, from the first time I held you as an eight week old puppy on the way home from the airport, to fourteen years to the very weekend you arrived, when I held you for the last time under the pine trees in that soft rain.
Your legacy is that you were your own dog. You had a sense of self.
Currently, young Samwise Atticus Passaconaway is finding his way in the world. He's very different from you. You both have me in common, along with a keen intelligence, a love of the wild, and your gentleness with other non-human animals. He sits and watches the beavers and the cormorants. He likes to spy on the otters when they play, and he is fascinated by ducklings and their incessant chatter. Once, I saw him touch noses with a chipmunk.
While he's seen bears at the pond, not a bear has entered our yard since you've been gone. That's a first. There was always a parade of them through the years making their way up from the river, across the lawn, on their way to the restaurants and inns of Jackson Village. Butkus, Walter, Passaconaway, State of Maine, the Jackson Five, the second Jackson Five, and of course our beloved Aragorn, who used to sit in the yard with us watching the blue jays and the butterflies.
I find it fitting that when you left, so did they. I always said you drew animals to us, and now I know for sure that you did.
Well, friend, I must go now, and take Samwise out for a walk. Around town, he's on a leash, but in the forest he's as naked as you were, romping along the trails half puppy, half stately mountain dog. He's learning. His is a soul on fire with joy, and he carries your name with him on his way to defining himself.
NOTE: If anyone would like to contribute to any of the members of Team Atticus for tomorrow's walk, you simply have to click on the following link: https://www.firstgiving.com/team/327369.
at Friday, September 23, 2016

Your vivid description keeps running through my thoughts as I get lost in the tranquility of the White Mountains. I can now finally see & feel the beauty you so often talk about...

Thank you for the most beautiful letter to your beloved Atticus. I lost my dear salt and pepper schnauzer Ed around the same time. He was just turning 14. I loved him. He took away with him a part of my soul. Just like Samwise, my new little fella is here and helps me cope.
Good luck with your adventures and onwards by all means !

Boy, I wish your blog has smellavision. We don't get the turning of the colors and the crisp change of Fall the way you do. While I appreciate the beauty of every Fall photo you share, I know I am missing the smell of the air and of the leaves and the sound of the trees rustling.

You have inspired me to stretch a bit. Last night I did some online exploring and I think I found my way to a week in Yosemite. There is a watercolor class nearby with daily buses into the valley and one into the Park. I can practice my watercolor which is why I wanted to go in the first place. Since I have to drive up, I'll take my bike with me, then after the class I will stay a few more days in the park and I will ride my bicycle and do some more painting. That will keep my footprint low, plus I will have memories to treasure and only leave footprints (and bicycle tracks).

I have never gone to a park alone for such a long time. I have traveled to Germany and Italy, but I haven't been to Yosemite since I was in my early teens. So long ago, that we drove through the tunnel tree that has now collapsed and we saw the "fire fall" that they no longer do. But I understand a lot has been restored so I will see new, more wonderful things. But no drinking from the ice melt like I did when I was 9. Yes. You inspired this. I've already put it on my Calendar and as soon as the money is available for deposits, I'll be registering. It's Yosemite so you have to plan way in advance. It's also May, one of the best months as I understand it. Full waterfalls and flowers blooming. I'm a bit old for an 8 hour drive but I'm in no hurry so I can stop any time I want for as long as I want.

Perhaps after reading about your road trip I'll have the courage to go to Yellowstone.

In the mean time I will imagine what a red leaf smells like.

I do hope Aragorn returns to check out the new lodger.

Thank you for sharing this beautiful letter. Season to season. It is good that Samwise has a home with you. Brother. Companion. Belonging. Thank you, again.

Just amazing.
Nothing more to say....