The Last Day of April 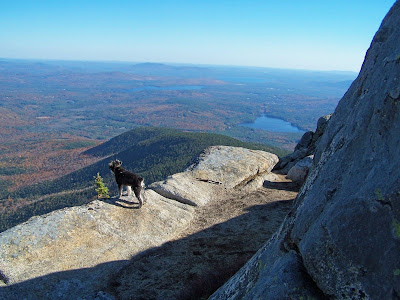 I woke up to Vivaldi’s “The Four Seasons” this morning, literally. It was playing on WCRB.com. How fitting as I also woke up to a crisp chill in the air, and sun filtering through the trees for the first time since Saturday on this last day of April and realized that tomorrow will mark my eighth different month since moving up here to the mountains. I know it’s been spring for a while now, but it hit me today that this is my third season up here. I’m not sure why.
I came here during the peak of autumn, was here for all of winter, and then when spring came, both on the calendar and in the air. Until the rains started on Sunday we come through an unseasonably warm stretch of weather that felt like two weeks of summer. Down low all the snow melt and the rivers have run high. But it didn’t feel like spring, even as plant life struggled to emerge. It was just too warm.
Today feels like spring, even though it is just below freezing today.
That in a nutshell is how my life has changed since my days in Newburyport. I used to wake up back in that wonderfully intimate little city with the taste of the hangover from the previous day’s political machinations in my mouth. I would plot my day so as to best be able to read the political currents. Breakfast, lunch, dinner, tea and coffee were almost always planned around meetings with those with information. Until I got burned out in the end and wanted to ram my head into the wall, my nights were filled with meetings at city hall.
This morning this juxtaposition of the life I used to lead to this life I lead now came into play when I logged onto one of my favorite blogging sites: Beth’s Stories. Beth is Beth Maddaus, an attorney who doesn’t write like any attorney I ever knew in Newburyport. In her profile she sums up her website nicely: My name is Beth and I live in a small town in the mountains of western Maine. My stories are about all that is around me---family and nature and mountains and hiking and books and food and anything else that catches my fancy.”
Beth is married to Charlie, a school teacher. I met them on a hike a year and a half ago when Atticus and I trekked into Carter Notch and then on the climb up Carter Dome. When Atticus and I made our way to Mt. Hight we were greeted by a stunning undercast and the clouds that filled in Pinkham Notch and made the Northern Presidentials appear like islands rising out of a white sea convinced us to stay and just sit a spell. While sitting up there Beth and Charlie came up and we chatted for some time.
As most who know me will tell you, when I head to the mountains, especially during those days when I was escaping the politics of Newburyport, I liked to get away from people and avoided conversation, at least lengthy ones on the trail. (Other than occasional hikes with select friends, that’s still pretty much the case, too, as the mountains offer me more than most conversations could.) That I stayed and talked and listened to Charlie and Beth should tell you something about them.
I recall thinking them both gentle and genuine and found an ease to them that made it easy to spend time with them. We ended up hiking down to Zeta Pass together and when they hiked down the Mt. Carter Trail, Atticus and I continued on over Middle and South Carter.
I later sponsored them for membership on Views from the Top, the popular hiking website. They followed our first Winter Quest and then our second. Some time last fall Beth launched her site and it has been a delight.
I enjoy reading about her and Charlie’s life, and her views on the world. Again, she appears to have views like no politician I ever knew, and that’s what makes her site such a delight. In logging on this morning I read about their attendance to a school board meeting where a librarian was cut from the payroll. Reading Beth’s words, I was transported back to Newburyport, just for a little bit. It served as a reminder of where I was and where I am now.
I am happy to be both struggling and sometimes dancing with my writing, and not involved in politics any longer. Friends I had accumulated through the years may be shocked by this, as I think many, if not all thought I would return to Newburyport after having my fill of the mountains. Most thought I would return to start another paper. But that will never be the case. Even now I can feel fewer and fewer tendrils from Newburyport holding onto me, even though of the often times shocking number of hits this site gets a day, more than half are from the Newburyport area.
It was Beth’s site that introduced me to the The Writer’s Almanac with Garrison Keillor. On a daily basis I also check out this site and uncover wonderful treasures. For instance, today, I learned, is Annie Dillard’s birthday. She went from Pittsburgh to the wilderness and writing. (Let’s here it for those willing to make the leap of faith!)
The other day there was a wonderful nugget about Harper Lee on the site. As most of you know, Atticus M. Finch, my wonderful side kick, is named after Lee’s great character in “To Kill a Mockingbird”, another admirable lawyer, by the way, even though he is a fictional character.
This from “The Writer’s Almanac”:

To support herself while writing, she worked for several years as a reservation clerk at British Overseas Airline Corporation and at Eastern Air Lines. In December of 1956, some of her New York friends gave her a year's salary along with a note: "You have one year off from your job to write whatever you please. Merry Christmas." She decided to devote herself to writing and moved into an apartment with only cold water and improvised furniture.

Lee wrote very slowly, extensively revising for two and a half years on the manuscript of To Kill a Mockingbird (which she had called at different times "Go Set a Watchman" and "Atticus"). She called herself "more a rewriter than writer," and on a winter night in 1958, she was so frustrated with the progress of her novel and its many drafts that she threw the manuscripts out the window of her New York apartment into the deep snow below. She called her editor to tell him, and he convinced her to go outside and collect the papers.

To Kill a Mockingbird came out in 1960 and was immediately a popular and critical success. Lee won the Pulitzer Prize in 1961. A review in The Washington Post read, "A hundred pounds of sermons on tolerance, or an equal measure of invective deploring the lack of it, will weigh far less in the scale of enlightenment than a mere 18 ounces of new fiction bearing the title To Kill a Mockingbird."
Lee later said, "I never expected any sort of success with Mockingbird. I was hoping for a quick and merciful death at the hands of the reviewers but, at the same time, I sort of hoped someone would like it enough to give me encouragement. Public encouragement. I hoped for a little, as I said, but I got rather a whole lot, and in some ways this was just about as frightening as the quick, merciful death I'd expected."

With that, I leave you, as Atticus and I get ready to venture out into the woods for a gentle stroll before breakfast and then a day of writing.
at Wednesday, April 30, 2008

Oh Tom, thank you, I feel humbled. My favorite possession, the first thing I would grab in a fire after the kids and the cats is an autographed copy of To Kill a Mockingbird that my parents got for me when I graduated from law school.