One of Us Has Spring Fever (Okay, Maybe We Both Do) 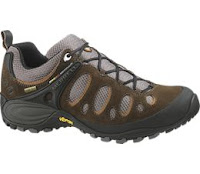