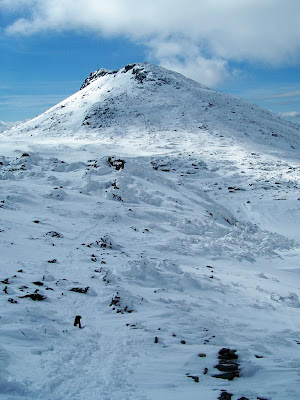 If he's willing to go to these lengths a mile above
sea level to make the world a better
place for animals, how far are you willing to go?
Peaks Remain Open For
Dedication On Round 2
Donate to Angell Animal Medical Center by dedicating one of New Hampshire's beautiful 4,000-footers to the pet in your life, or give a mountain in memory to a loved pet that has passed on. We will be attempting two rounds of the 48 and the first round of dedications has been filled. We are now accepting dedications for round two. Here's the current list. If there is no name next to the mountain (they are highlighted), you are free to reserve it for your dedication. (To learn how to donate, click here.)
ROUND TWO